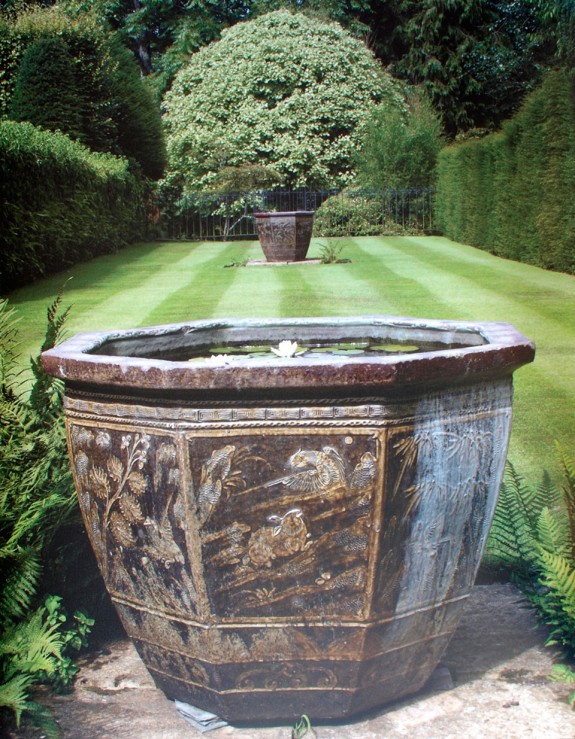 Michael and his client bought these “egg” urns in the Thieves Market in Bangkok. Originally potted to hold hundreds of eggs in vinegar. They were retrofitted with lead liners to hold a miniature water lily garden. The pair of them, flank a series of stairs that lead down to a secret garden which contains an eight-foot granite statue of an 18th Century Lohan. A Lohan is an ancient man of great wisdom. This statue was purchased again in the Thieves Market by Michael and his client in Sri Lanka, for the outlandish price of $30.00 U.S.

About the Author: Jane