After graduating from Yale, he worked counter intelligence in the Korean War spending 2 years in Austria, Germany, and Italy during which time he began to observe and absorb European architecture, fine art and culture. His love for antiques and art was sparked, so upon his return from the war, he began working in an art gallery in NYC, and also began buying antiques for his mother’s Illinios interior design business, Red Shutters.

Michael saw the need to open a NYC branch of Red Shutters. Since then he has designed homes all over the USA, from Maine to California, and in France, Italy, Thailand (5 houses there), and England. Some of his most noteworthy projects include:

In 1999, he sold his Red Shutters business fully intending to retire. He threw his energy into The Historical Society of the Town of Warwick since he had been elected Curator.  Also as a founding member of the Architectural Review Board of Warwick, he became very active is preserving, not only The Historical Society’s buildings but historical buildings all over town. Michael picked the exterior color schemes for the nationally-acclaimed Warwick Grove community as well as contributing to the architectural plans.

Having plenty of energy to spare, Michael opened this interior design, garden design and antiques emporium business in the Historic 1810 House of Warwick owned by the Historical Society. On his one day off a week, that same year, he also launched a new radio show called Then and Now with co-host Betty Hurd.

In 2012, Michael Bertolini was elected President of the Historical Society of Warwick, NY. One of his most important goals as such, is to reach out to the community to make sure that all know they are welcome to join in the preservation and celebration of our heritage. Please stop by the shop if you have any questions for Michael or just to say hello! 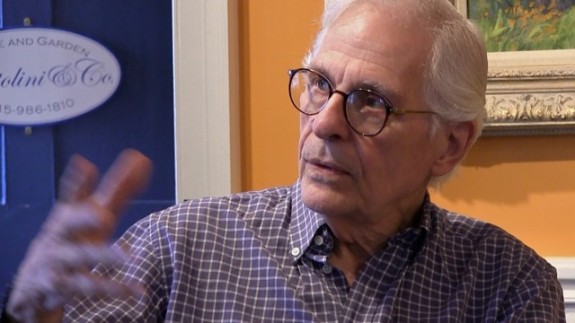